Benefits of an Annuity

Purpose and Benefits of an Annuity

An annuity is a long-term financial contract; it requires the person acquiring the annuity to make a series of payments over a time period to earn interest and receive the payments again in the future. The insurance company and the purchaser of the annuity mutually decide and arrange the contract according to the purchaser’s needs.

Purpose of an Annuity

The purpose of an annuity is to provide a safe income stream to the investor in later years of life. The purchaser of an annuity may make one contribution or several contributions regularly for a fixed period. After all the payments are made, the insurer is obliged to start paying the annuity back. An annuity is usually the traditional retirement plan. Social security and pension plans are examples of annuities.

There are hundreds of annuities available, which makes it very difficult to choose the right one. At Yellowbrick financial, the consultants find the best annuity options and explain everything you need to know when purchasing an annuity to make your future financially independent and worry-free.

The annuity payments are supplemented from stocks and bond portfolios generally and are payable for a lifetime as per some annuity plans for retirement. But the annuities pay more as compared to investing directly in bonds.

The payments are fixed and are to be paid on time to the retirees or purchasers of the annuity. Most people start to save in their late fifties for a retirement plan or an annuity. An annuity provides retirees with a safe income stream they can depend upon in old age.

Benefits of an Annuity:

The Guarantee of Lifetime Withdrawals Benefit: This means that even if the contract has ended and the principal along with the accumulated interest is paid, the insurance company pays annually for a specified period, or until the purchaser lives.

Guaranteed Minimum Accumulation Benefit: A minimum account balance is held and guaranteed, even when the markets perform poorly.

Guaranteed Minimum Income Benefit: Even if the market has been performing poorly, the insurer pays a minimum income to the purchaser of the annuity at all times.

There are 5 basic types of annuities. The advantages and disadvantages of these annuities differ. Choosing the right type of annuity is important to gain the best benefit from your investment.

Here are the types of annuities:

The most simple and safe type of annuity is a fixed annuity. The insurance companies fix an interest rate on payments that are accumulated regularly irrespective of change in interest rate.

The interest rates an insurance company offers are higher than a bank’s deposit while the income is also guaranteed. The retires find this option the safest and best. Also, the retiree can defer or withdraw income at times.

The variable annuities are dependent on how well the mutual funds perform. The purchaser of the annuity chooses subaccounts, that determine the account value. An insurance policy provision is purchased that finalizes the income stream in case of market performance fluctuations. This finalizing of the income diminishes the risk even if the subaccounts perform poorly in the future.

The variable annuity plan works best for retirees who want to earn a guaranteed lifetime profitable income through subaccounts.

A fixed index income is based on subaccounts. However, it guarantees a minimum income benefit in case of market fluctuations. The principal is protected but in case of rising stocks, the income is trimmed again. It allows the investor to play safe but the downside of the annuity is conservative participation in the potential market. The annuity is for those retirees who don’t want to take any chances as keeping pace with the robust stock market is not going to make the income higher due to the high-risk management offered by the insurer.

This delay of payments can earn higher interest and increases the income on low principals. Retirees and other people often invest in a deferred annuity to generate higher income in the later period of their life. It attracts retirees and parents who plan to secure finance for their kid’s college expenses.

The principal is sacrificed as a must but the payments are higher. This type of annuity is for retirees who wish to have a higher income in their old days of life until death.

To find the right annuity type for you, contact the Yellowbrick financial consultants, and enjoy a happy retirement. 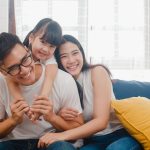